If you think that our archives only hold correspondence from trade unions and dusty documents from WWI then you couldn’t be more mistaken. Our current exhibition ‘Fashion: A Century of Expression’ gives a glimmer of our glamour…

We recently featured this stunning image in our Hidden Gems campaign: 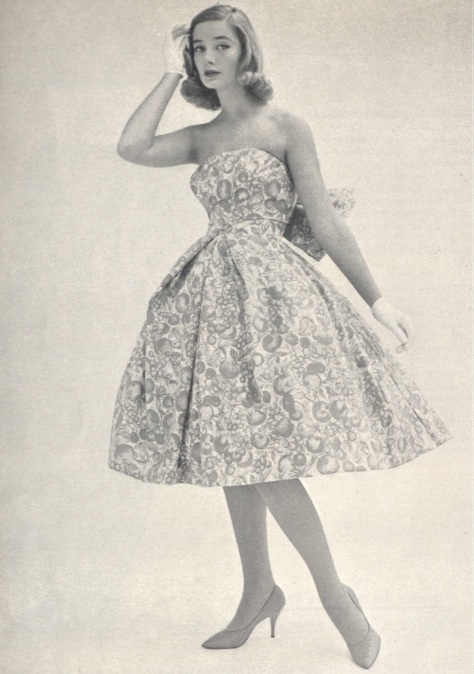 It is this photo that inspired our new exhibition at the MRC. It takes you through a century of fashion, reflecting the social changes of the times. Let us begin in the 1880s…

Towards the end of the 19th century, women’s fashion moved away from its former opulence to more practical clothing.

Women’s sport, most notably tennis and cycling, became more acceptable. This required a change in clothing, as extravagant bustles and crinoline dresses were no longer practical. With sport came fashions specifically catering to practical clothing, such as ‘cycling costumes’ which were shorter skirts known as ‘bloomers’. By the turn of the century, bloomers were increasingly popular and women cyclists wore their bloomers in public.

The development of sportswear for women effected everyday fashion. Clothing became more tailored, with tighter sleeves and skirts closely fitted around the hips. These fashions also moved into other areas of life including women’s work-wear, where women wore the shirtwaist, a blouse tailored like a man’s shirt. The 1890s also saw the introduction of walking-suits (ankle-length skirts with matching jackets). 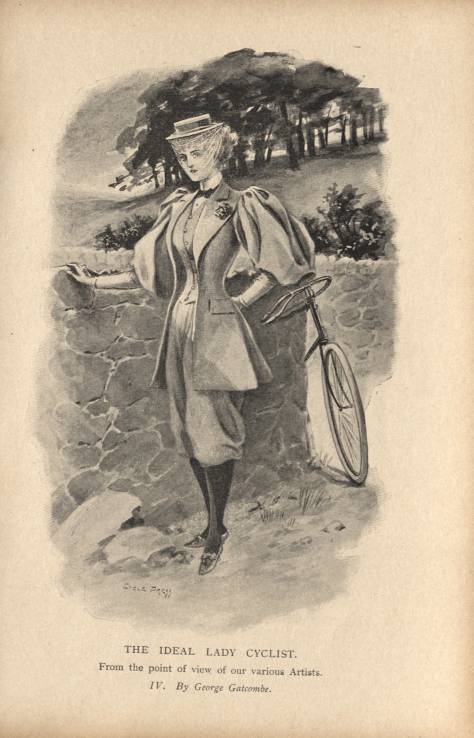 Our archives hold the Cyclists’ Touring Club collection, which contain an abundance of material on the development of women’s sportswear.

World War I had a dramatic impact on social values, especially for women. Social customs relaxed and women had more of a role in working life. The new attitudes of women were expressed in the fashion. Women were used to practical clothing from their work during the war and were not about to revert back to fussy and impractical clothing. Clothes retained their functionality and allowed for movement. Corsets were dismissed completely. Rather, the well-known ‘flapper’ look became popular, as its garments were shorter in length and flattened the bust line. ‘Shift dresses’ were introduced in 1925, which had no waistline. Altogether, the fashions of the 1920s allowed for the new woman, who did not want to be restricted by their clothing. 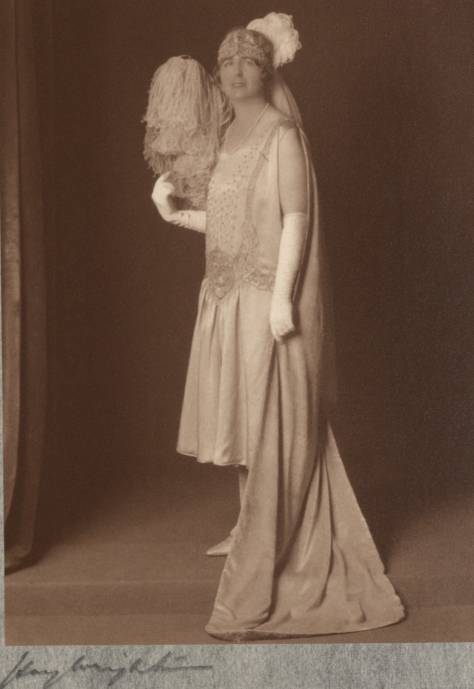 The new forward-looking fashions of the 1920s remained popular for the majority of the 1930s. However, as war drew close, the depression hit and the fashions took a backward step. In an attempt to bring back tradition, women were encouraged to look more womanly, with longer skirts and the return of the waistline to its original place. Fuller skirts became popular, which fell to just below the knee. This was both practical and frugal. Through the mid-1930s, an emphasis on the empire line was introduced, as well as a focus on widening shoulders. These fashions continued throughout wartime.

Post war economic expansion meant the dramatic increase of new materials, fabrics and processes. Acrylic, polyester and spandex were introduced in the 1950s, following the popularity of nylon in the 1940s. These new materials became more light-wear alternatives to the heavier clothing of the past. The 1950s also saw a dramatic change in fashions with Christian Dior’s ‘New Look’. It moved away from masculine silhouettes to a softer, more feminine form. The full skirt fell below mid-calf length with a small waist and rounded shoulder line. However, by the mid-50s an alternative style was introduced, leaning away from the ‘New Look’. These garments were unfitted and loose. Similarly, casual sportswear was a staple part of women’s wardrobes. 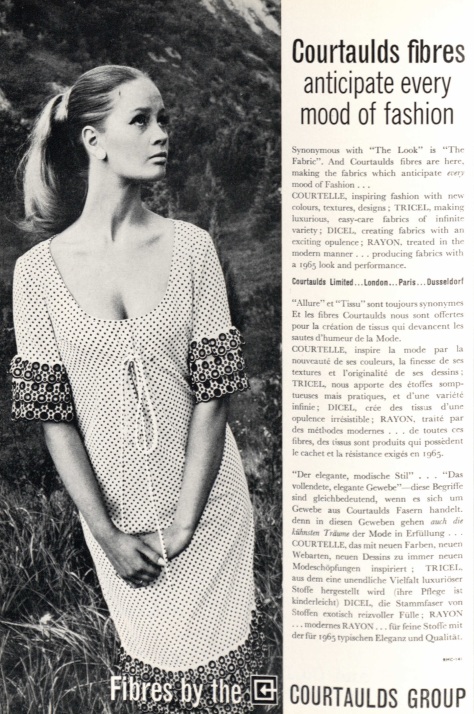 The 1960s saw a multitude of styles and fashions, often dictated by the trends of the youth. Stilettoes, fake dyed furs, plastic raincoats, mini-skirts, geometric patterns, sleeveless tunics and tall, brightly coloured boots are just a few examples of key trends. These fashions reflected the attitudes of the youth of the 60s, who no longer aimed to look ‘grown-up’ but embraced their youth.

By the 1960s, it was acceptable for women to wear trousers. Trousers were incredibly popular amongst women because of their practicality and comfort. The 60s saw a vast range of different style of trouser, as well as the development of shorts for women. The 60s was a key era of empowerment for women, which is reflected in the fashions they embraced.

This decade also saw many movements, from the Mods (Modernists), the Rockers, the Edwardians and the Hippies. Each group embraced a vastly different clothing style to complement their interests and attitudes. Now, more than ever, fashion became an identity.

There were 3 main styles in the 1970s: the Glam-Rock Style, the Disco Style and Punk. The costumes adopted by Glam-Rock musicians such as David Bowie and Roxy Music inspired this fashion. Clothing was extravagant and over the top, with glitter, metallic-colours, satins and velvet. Platform shoes became incredibly popular for both men and women. The popularity of disco inspired this fashion, which consisted of 3 piece suits for men and spandex, silk blouses and tube tops for women.  Punks saw themselves as separated from society and sought chaos and disorder. They rebelled against both the hippies and consumerism. They had a particular style, originating from the designer Vivienne Westwood, and typically wore torn jeans, ripped t-shirts and leather jackets. Once again, we see fashion as a product of social or cultural movements.

The 1980s saw the transition from minimalist to elaborate and exuberant fashions; rather than plain jumpers and skirts, women began to dress in vivid colours and wear big, shiny costume jewellery. An emphasis was put on expressing wealth within fashion. As women were becoming more equal to men, there was also an increased popularity in ‘power-dressing’. Women wore shoulder-pads, which gave them a boldness and confidence in the work-place.

Aerobics and dance became the craze in the mid-80s and leotards, tights, leg-warmers and leggings became all the range. Over-sized t-shirts and jumpers were worn as an accompaniment. This trend went hand-in-hand with the media, with dance-based films and music such as ‘Fame’ and Olivia Newton-John’s ‘Physical’.

These images featured in the exhibition at the MRC.  The exhibition space is located to the right of the reception and completely free. Everyone is welcome to drop in!

If you would like to see more of these images and documents then we encourage you to visit the ‘Showcase’ page of our website, where we host a digitised selection of the exhibition material. It can be found on our website, here.